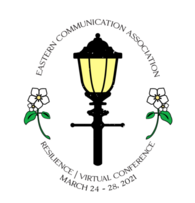 Our vision for the 2021 ECA conference in Cambridge, Massachusetts, is to engage “Resilience” thoughtfully as a persistent response to overcoming obstacles, thriving despite challenges, and adapting to an ever-changing global landscape.  As we are embedded in a historical moment marked by “wicked problems,” we look forward to the opportunity to explore resilience for global communities and share possibilities for teaching, research, civic engagement, as well as in our professional and personal endeavors.  We recognize that inherent within resilience are conflict and struggle.  However, from this discomfort, resilience brings a power and a responsibility to share with the larger global community.

As we respond to global concerns ranging from climate change and terrorism to concerns within higher education and our discipline, we find resilience in ways that attend to both the community and the individual.  Despite the challenges we face in our classrooms, on our campuses, and in the world, we have a choice to preserve what is available and find opportunities for growth.

Viewed as a symbol of American culture and history, our conference location, Cambridge stands as an icon of resilience.  Prior to the colonial era, this region was home to the Algonquin people who cultivated the land of the well-watered region that was conducive to growing their crops.  The tribe’s resilience allowed them to nurture the land while facing disease and tribal warfare.  When 700 Puritans arrived in 1630, they developed a thriving community and later renamed the town after Cambridge, England in 1638.

Cambridge is part of the Greater Boston area of Massachusetts and situated on the North Bank of the Charles River.  Known as the “City of Squares,” Cambridge is home to fine dining, eclectic shopping, theaters, museums, and historical sites.

Some historical milestones include the following:

Our Cambridge convention and the “Resilience” theme encourage us to learn from what the city has to offer communication scholars.  We invite ECA interest groups and members to develop programming for the 2021 convention that focuses on “Resilience” across communication contexts and the ways that we…

Our hope is that through the conference experience, we will contribute to the ongoing “Resilience” conversation and reveal our persistence as we respond to the challenges of the 21st century.